SkyfloX was awarded the European Commission Seal of Excellence for its proposal to use ORCA for early forest fire detection (project EUFOS).

Forest fires are a large and worsening problem worldwide. In Europe, 2019 saw three times more wildfires than the average over the past decade (Euronews). Hundreds of lives were lost, with economic damages in the range of €10 Billion. Fires also cause about 20% of total carbon dioxide (CO2) emissions (CORDIS).

A critical factor in reducing the extent of wildfire damage is to detect fires early and accurately, allowing fire fighting authorities to react swiftly before it is too late. SkyfloX proposed to the European Commission to use ORCA for early forest fire detection (project EUFOS). ORCA stands for Optical and RF Constellations on Aircraft. The ORCA project plans to use commercial airliners as a platform carrying small remote-sensing equipment, which would image the ground as the planes travel on their regular routes. Such a system would have unique capabilities such as ultra-high revisit (imaging areas up to 100x per day), high accuracy, and low cost of deployment. In fact, to launch a space-based infrastructure with similar capabilities would run in the hundreds of millions. 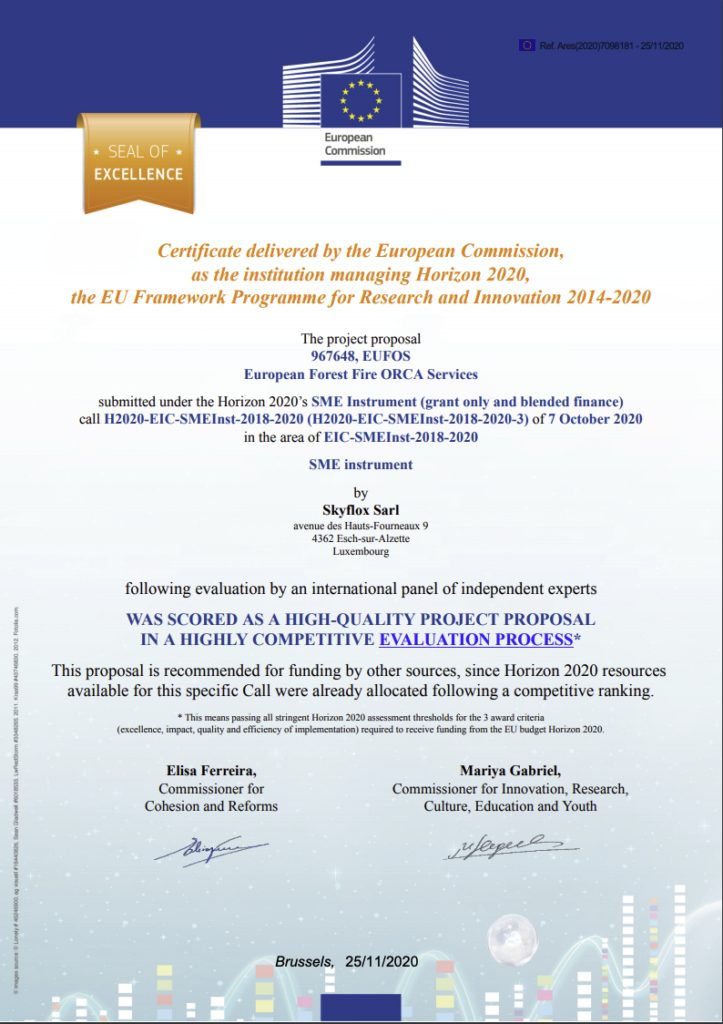